The Rosmini Centre is a House of Prayer of the Institute of Charity.

Prayer and worship mark the essential moments of its daily life, together with meditation, and work: spiritual, theological, philosophical, manual.

The site originally was Ratcliffe Farm and for a period Ratcliffe Aerodrome. The buildings have been adapted to suit the needs of a Prayer Centre.

It consists of a beautiful chapel dedicated to the Blessed Antonio Rosmini, of a library for private study, of smaller and larger rooms for individuals or groups, the community house, and over 100 acres of land for walks. There is a shop stocking various translated works of Rosmini and an assortment of religious cards.

The self contained residential block is currently set aside as a novitiate for the Institue of Charity, Rosminians. In the near future it is hoped to convert the last of the original farm buildings into a centre for Rosminian Publications and some additional accommodation.

It provides lectures on Catholic faith, study of the Scriptures, relevant philosophical, theological, spiritual courses on a regular basis. It helps in promoting knowledge of the writings of Blessed Rosmini.

Ratcliffe College was founded in 1847 by the Institute of Charity. Our Founder, Blessed Antonio Rosmini, was renowned as an educational innovator and that spirit has propelled the College forward ever since.

The College ‘Victorian Gothic’ buildings were designed by Augustus Welby Pugin, who co-operated with Sir Charles Barry on the design of the Houses of Parliament.  The buildings have been continuously added to, a process which continues today, preserving the glories of the old buildings whilst adding the modern teaching and learning accommodation our students now require.

Co-education was a major milestone in the development of the College.  Girls were admitted to the Sixth Form in 1977 and full co-education was introduced in 1984.  In 1998, a Nursery for 3-5 year-olds was opened to teach the Early Years Foundation Stage and, in 2001, the development of the Junior School for 5-11 year-olds was completed.  In September 2014, a new state-of-the-art Preparatory School building was opened for our 5-11 year-olds.  Interestingly, our beautiful Preparatory School was designed by David Franklin, himself a distant descendant of Pugin. Alongside our Senior School for 11-18 year-olds, these innovations mean that Ratcliffe College offers a rounded and fulfilling continuous education for students from aged 3-18 on a single campus.

The College ‘Victorian Gothic’ buildings were designed by Augustus Welby Pugin, who co-operated with Sir Charles Barry on the design of the Houses of Parliament.

Our vision statement, Strength of Mind, Strength of Values and Strength of Purpose is drawn from our Mission, ‘Living and Growing in the Light of the Gospel’. Our aim is to educate young people in the spirit of the Gospel and the traditions of the Catholic Church, seeking to nurture the God-given talents and potential of each individual so that each one may become a confident, responsible and useful member of society.  Whilst we operate as a Catholic School, we welcome children of other denominations and faiths whose parents feel they can share in, and benefit from, the ideals and environment of our school.

One of the greatest strengths of Ratcliffe College is to educate young people to have a strong sense of who they are and their purpose in the world. The College aims to inspire young people to become the leaders of the future. The aim is to nurture the God-given talents of every student, whether academic or part of the co-curriculum, so that they achieve their greatest potential and are equipped academically, socially, emotionally and spiritually to go forth and make a positive difference to the communities in which they live and work.

Blessed Antonio Rosmini founded a religious order in 1828, in Sacro Monte Calvario near the border town of Domodossola, north Italy, not far from the Simplon Pass into Switzerland.  He called it The Institute of Charity.  His intention was for a group of men to serve God and the needs of the Church and the world in whatever way the signs of the times indicate; in Rosmini’s language – Universal Charity guided by God’s Providence.  Central to his thinking is the mutual help and support the members give each other in their pursuit of serving God: Love is the Fulfilment of the Law. Lay people and priests of other orders can be members of this spiritual family, known as Ascribed Members.  Rosmini also founded an order of religious sisters endowed with the same spirit.  They are the Sisters of Providence.  The common name for all the members of this spiritual family is Rosminians; hence Rosminian Fathers, Rosminian Sisters and Rosminian Ascribed Members. 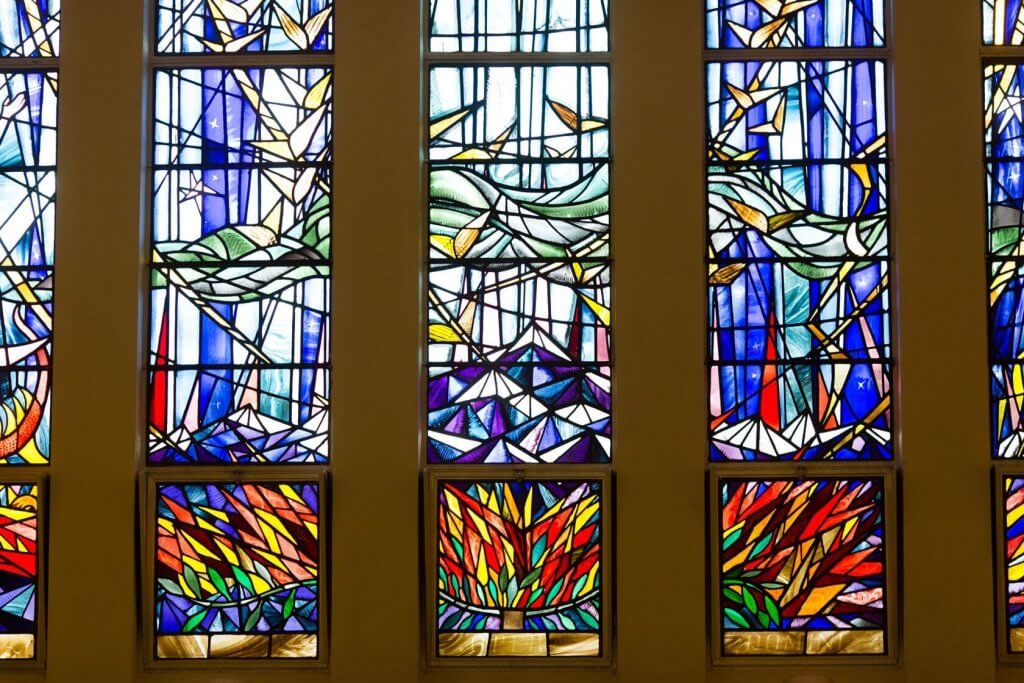 In 1828 Parliament repealed the Penal Laws against the Catholics allowing them to live and practise their faith in public.  Their leader was Father Luigi Gentili.  Initially they worked for Bishop Baines at Prior Park, Bath, a college and seminary.  In 1835 Blessed Antonio Rosmini sent a small group of men to the English Mission.  Later Gentili came to the Midlands as House Chaplain for Ambrose Phillipps De Lisle at Grace Dieu.  He then collaborated in establishing Ratcliffe College, firstly as a noviciate in 1844, and soon to become a boarding school in 1847.  The Rosminian Catholic ethos has pervaded the life of the College through the long service and tradition established by the Fathers and Brothers since the foundation.

We now have the fourth lay Headmaster in Mr Jonathan Reddin and the Rosminian tradition is still a powerful hallmark in the life of the College.  This is enhanced by the presence of the Rosminian Community living within the grounds of the College, in the land previously used as an aerodrome during WWII. In more recent times, the title of Father President has been brought back into use with the priest incumbent of this title role, working alongside the School Lay Chaplain to provide pastoral nourishment for the College Community in the traditions of the Rosminian Order.