At Ratcliffe, we strive to nurture a lasting enthusiasm for foreign languages.  By offering pupils a choice of French, German and Spanish, our aim is to develop motivated, competent linguists, who will reap the life-long benefits of being able to speak and understand another language.

All pupils study French, German and Spanish in Year 6 on a carousel.  In Year 7, the majority of students choose to study any two of these until the end of Year 9, and at least one modern foreign language in Years 10 and 11. In Year 9 students start the Pearson GCSE for both languages that they are studying.  This enables students to spend three years studying for the GCSE course.

Languages are taught in designated classrooms by highly experienced members of staff, including two native speakers and three language assistants from Germany, France and Mexico, who concentrate on developing oral skills.

We use interactive whiteboards and the latest digital resources in all of the key stages to support learning, both in and out of the classroom. 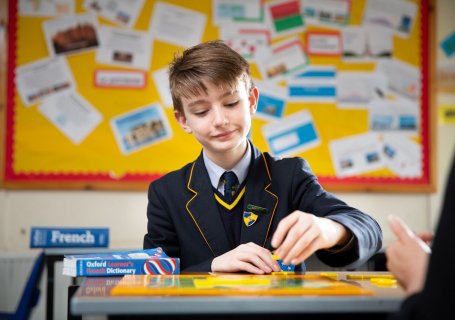 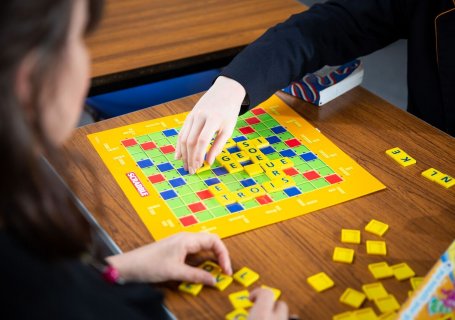 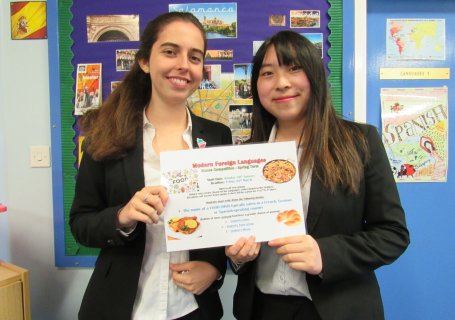 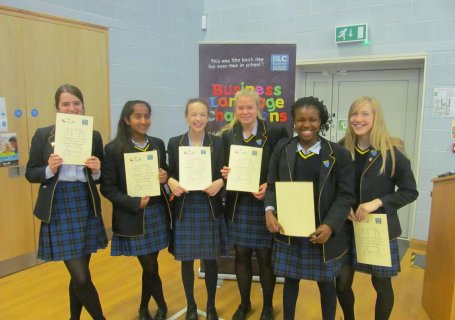 The department offers a wide variety of co-curricular clubs and activities for all age groups, and we encourage all pupils to participate in the various language challenges offered through House competitions.

We run a variety of annual trips abroad, including homestays to Salamanca/Granada in Spain, and to Nice or Montpellier in France.  We also have a long established link with the Bischöfliches-Cusanus Gymnasium in Koblenz, Germany, with whom we organize an exchange.

We are actively involved in competitions promoted by Business Language Champions; our Year 10 students won the French code-cracking competition in Shropshire in 2017. We also regularly run a House competition where students in every year group are challenged to win points for their House by completing a language quiz.

In May, 89 students from Year 8 and 9 were treated to a Spanish play, El Viejo Saloon, performed by Onatti Productions. The audience was transported to the Wild West in 1882, where the Old Saloon needs to make money quickly.  As a result, the owner’s daughter organises a talent show.

Two native speakers played all of the characters, which entailed several changes of clothes.  There was lots of interaction with the audience and this was very appreciated by the pupils! The actors needed a volunteer and Filip stepped up to the challenge. They briefed him before the audience arrived and was on stage for the whole play, asked to speak (in Spanish!) and act throughout the play. 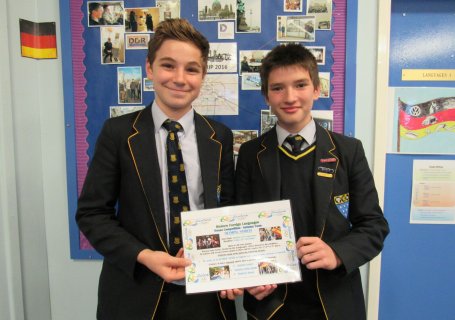 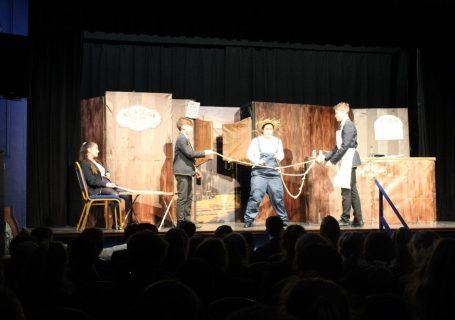 Two French actors from the Onatti theatre company arrived at Ratcliffe to perform ‘La Salle des Enigmes’ to all Year 9 and 10 French students.  It was a comical, energetic and colourful performance acting out an escape room scenario. Some Year 10 students reviewed the play in their French lesson and commented that they thoroughly enjoyed the performance and would recommend it for future French classes.

The following week, the three Year 6 classes and all Year 7 French students came together to the theatre to watch ‘Ticket pour l’espace’, a French play aimed at beginners of French.  It was the story of an American boy and a French girl’s adventure into space. Once again, it was a fast paced, enthusiastic and an entertaining performance. 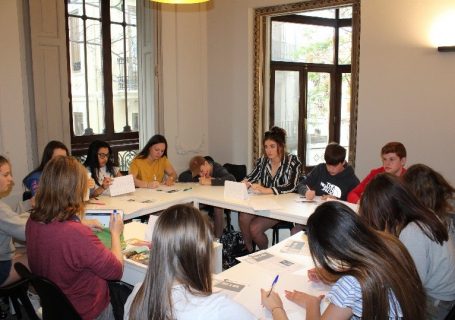 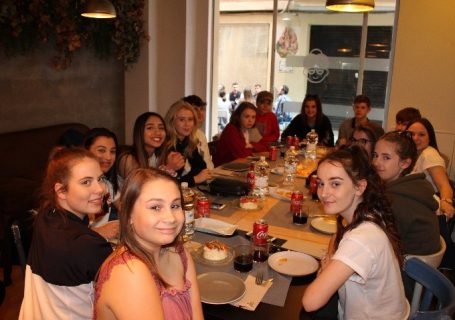 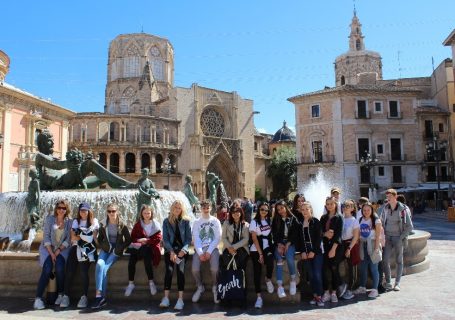 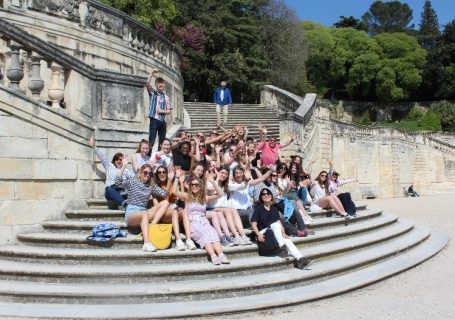