Creative expression is integral to the successful development of character, self-esteem and confidence; the Drama Department encourages everyone to have a go. The ability to communicate with others and knowledge of how to work within a team are invaluable life skills learnt through this medium.

From Year 6 through to Year 13, Drama productions are a prominent and frequent part of Ratcliffe life.  They engage children of all abilities in activities ranging from performance to technical and costume support. Led by Jessica Munton (Head of Drama), the Department is well-supported by Claudette Caven-Henrys (Drama Teacher), and Alice McKenna (English and Drama Teacher) and the backstage team headed up by Dave Ricks and Fi Viccars

All students have weekly drama lessons from Year 5 to Year 9. Students can also choose to study GCSE and A Level Drama.

Students cover a wide range of topics, styles of drama and backstage management.  Production styles include pantomimes, comedy, physical theatre, thrillers and epic dramatisations, many of which are devised by the students themselves.

Scholarships in Drama for Year 7 are available and if students have a passion for acting and are prepared to go that extra mile, it is worth considering applying.

Year 7 students begin to diversify their acting abilities, learning new skills such as mime and script work, culminating in an end-of-year production. 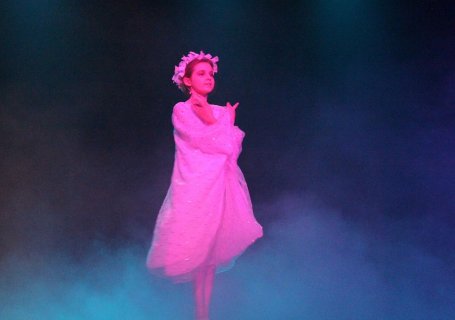 Year 8 students study Commedia Dell’arte before creating their own mini pantomimes. They also learn about devising and script work developing a range of acting styles.

Year 9 students study theatre in education, creating a performance around the topic of bullying.  They then develop their devising skills working as part of a group. Backstage theatre skills including lighting, sound, stage and prop management, scenery construction and stage make up are also key subjects available to students at this level. 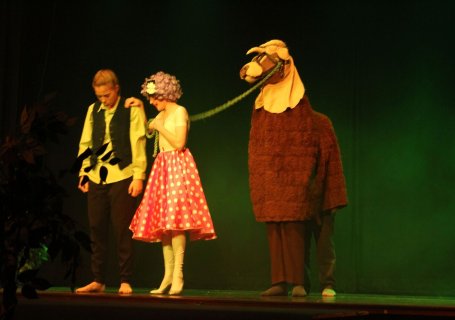 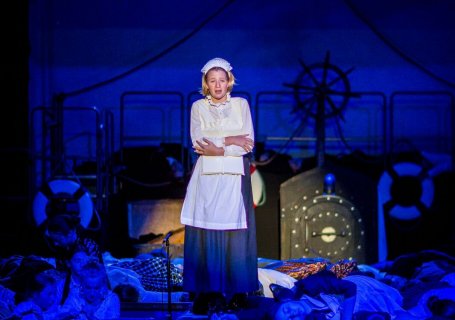 Year 10 students hone their acting/design skills whilst learning about various theatre practitioners before devising their own original piece of drama which is examined internally. Lord of the Flies

From the year’s production of The Passing Out Parade

To enhance the study of drama across the year groups, we take regular trips to the theatre, including backstage tours so that students can see how a professional theatre is run.

GCSE pupils are given the chance to take part in regular workshops which include visits from world renowned theatre company Frantic Assembly.