The Media Department introduces students to the brand new world of multimedia at GCSE, making students’ experience distinct from Key Stage 3.  The subject gives them an opportunity, for the first time, to explore both production and academic skills in relation to many different media forms.

Thus, students have an opportunity to engage with the burning media issues of the day, such as the role of social media in news reporting and the promotion of blockbuster Hollywood franchises, whilst also undertaking a professional production, working in either print or video production.  The Department is run by Charlotte Bennett, Head of Media Studies, who is supported by Media Technician Daniel Smith, and ably assisted by Head of ICT, Michael Jones. 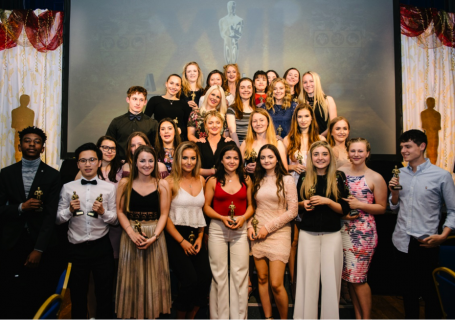 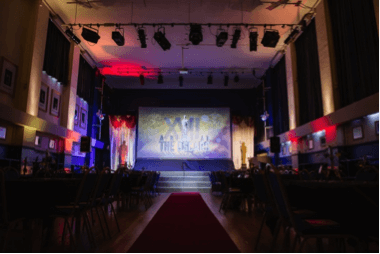 The Department comprises two sleek and inviting classroom areas, including a recent addition of a state-of-the-art Mac suite with a class set of twenty-two machines.  This has gone further in supporting the Department’s already exceptional production record.  Students have access to both Mac and PC computers for print and film editing and all filming is completed on brand new Panasonic HD or Canon DSLR cameras.  Students leave the Department proficient in a range of advanced software, including Adobe Photoshop, Adobe InDesign and Final Cut Pro X editing software.  They consistently produce high quality production work, with a particular specialism in music video.  The scope of recent productions, such as interpretations of Imagine Dragons’ Demons and Coldplay’s Speed of Sound,  by our Year 11 students, have been extremely impressive, and have involved ambitious sets, such as full stage rigs, organised independently by our ambitious and creative videographers of the future. We strive to achieve excellence and this is also borne out by our academic success. 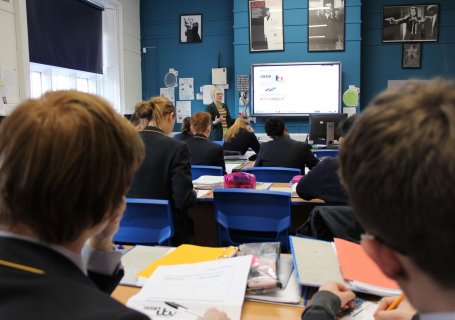 Academic achievement and beyond

The subject has a history of excellent academic achievement; it is currently one of the best performing subject in the College at A Level, in terms of value added, and we have experienced similar success in adding value to students’ academic performance at GCSE, where 80% of students achieved A*-B in 2017.  Crucially, this has created opportunities for students in terms of moving onto higher education. A large number of students who pursue the subject through to A Level go on to read the subject at university, with Media Production degrees being extremely popular.  Furthermore, the subject is increasingly desirable for students wanting to pursue business-related or analytical degrees (for example, English).  We have also recently welcomed the return of alumni Jacob Bird to speak to students about his current role working for digital distribution at Warner Brothers. His exceptional success in the industry proves the doors which Media Studies at Ratcliffe College opens for students.

For the UK to continue to produce world-leading film we need world-leading talent.  As an employer, the work (of Ratcliffe College Media students) gives me renewed hope for the future of that talent.

We pride ourselves on a thriving co-curricular programme.

Film Club initiates eager film buffs into the Media Department.  Students can join from Year 7, and have the opportunity to view a student-nominated film in a prep screening, and then debate its merits at a lunchtime meeting.  Previous successes include Clint Eastwood’s Jersey Boys and Ryan Coogler’s Creed, whilst, unfortunately, Prometheus fell foul of our discerning viewers!

The Media Department’s inclusive co-curricular programme is essential in introducing students to Media Studies, from further down the school, and has, alongside our excellent results, accounted for consistently high demand for the subject at both GCSE and A Level.