We run both a Drama Club and a Musical Theatre Club, accessible to all Senior and Sixth-Form students. We work on various projects throughout the year, which result in Performance Evenings, where students get the opportunity to share their work with family and friends.

Drama Club focuses upon developing the skills learnt within Drama lessons. It is also a less formal way for students to partake in a variety of styles and genres of theatre with their friends. Drama Club most recently performed their version of The Tempest by William Shakespeare at Curve Theatre as part of the Shakespeare Schools Festival.

Musical Theatre Club explores all three disciplines of Performing Arts; acting, singing and dancing. There are also opportunities for musicians to include their skills within our performances. Students have the opportunity to explore songs from some of their favourite musicals, currently; Hamilton, Six, Dear Evan Hansen and The Greatest Showman. Next year we hope to perform an Abridged Musical!

LAMDA lessons are available to any students wanting to improve their performance skills.  Those of a more technical mind have the opportunity to work on a number of productions and events throughout the year with a specific focus on sound and lighting. 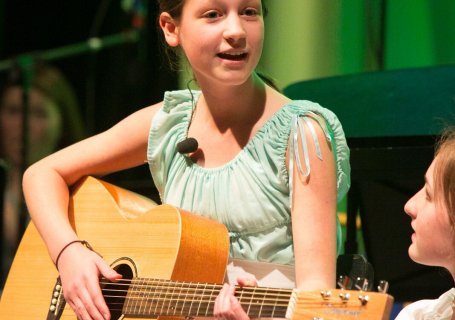 Maria in The Sound of Music 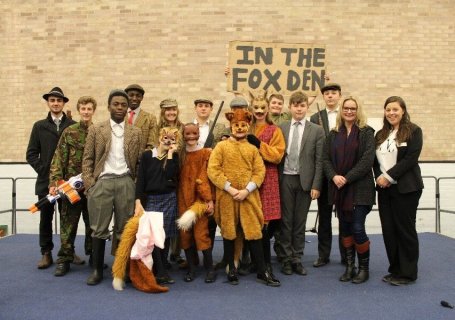 There are frequent opportunities throughout the year for anyone to get involved, from assemblies, year productions, House Drama Competition, theatre tours and extra-curricular trips to see professional performances.