Outside of the academic programme, there are plenty of opportunities for Sixth Form students to get involved with Drama.  Every year we hold a House Drama competition.  Each of the four houses produce a short performance involving students from every year group, led by enthusiastic Sixth Form volunteers. 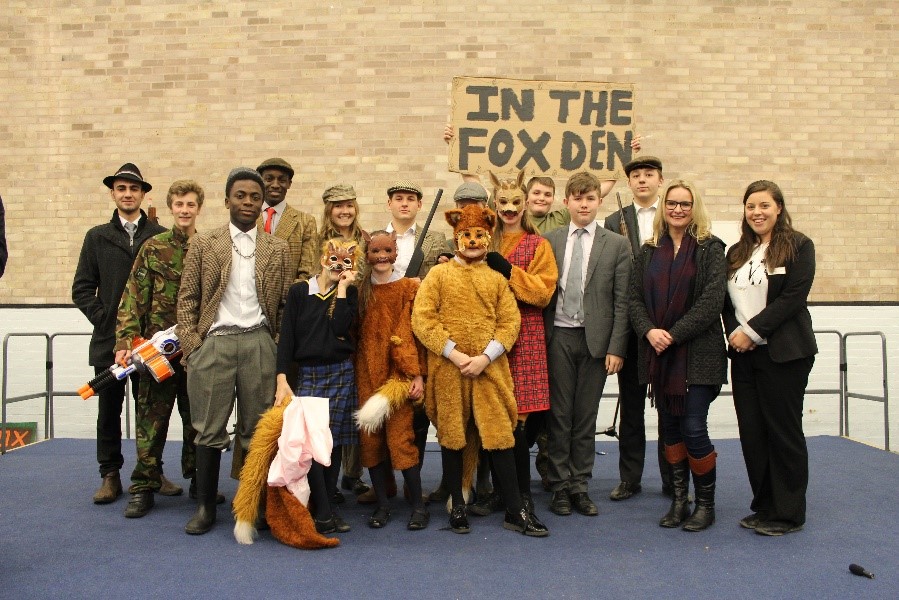 There is also the opportunity to take LAMDA lessons and examinations.

We also have a Technical Theatre club run by our technician Dave Ricks, which trains students in designing lighting and sound for theatre.

Responsible and enthusiastic Sixth Formers with a keen interest in Drama can apply to become Drama Ambassadors.  The role gives students the opportunity to support the younger year groups in preparing for their productions, helping out backstage with props and costume and acting as Front of House and representatives at Open Mornings and information evenings.  There is also the opportunity for these students to help run the Junior Drama Club.