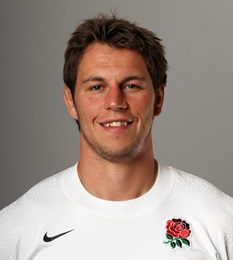 His playing career started as an eight-year-old, playing with Wigston, before joining Syston RFC and as a Ratcliffe College student represented the Midlands county and both the England 16 Group and U18 Group School sides. He joined the Leicester Tigers Academy in the 1997–98 season and worked his way through the Tigers Youth, U21 and Extras teams.