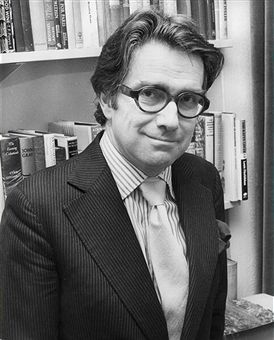 After leaving Ratcliffe in 1947, he went on to study Law at Downing College, Cambridge.  Following National Service in the RAF, he began a career in journalism, firstly as a reporter for the Staffordshire Sentinel and later at the Liverpool Daily Post and the Sunday Express.

As a freelance producer, he also worked closely with the Conservative Party, led by Edward Heath, advising them on their party-political broadcasts.  It was during this time that he was approached by Margaret Thatcher, who requested his help in pitching against Heath for the Conservative leadership in 1975.  On her election as party leader, Reece became Thatcher’s full-time adviser and, in 1978, he was promoted to Director of Publicity at Conservative Central Office.

During Thatcher’s years in Opposition, Reece helped her to soften her image, coaching her to convey a more mellow side to the general public, who derided her for her voice, clothes and style.   Within months, a more relaxed Thatcher began to win the support of the nation.  Reece’s coaching proved to be a crucial contribution to the Conservatives’ election campaign in 1979, which led to Thatcher’s victory over the then Prime Minister James Callaghan at the general election and a return to power over Labour.

Reece’s success had earned him a worldwide reputation, and within a year of the election victory, he left for Los Angeles to work with oil magnate Armand Hammer.  Other clients included Ronald Reagan, Mohamed Al Fayed, British Airways Chairman, Lord King and Diana, Princess of Wales.  Although Reece left Central Office in 1980, he was awarded a knighthood in 1986, and remained Thatcher’s close friend and troubleshooter for the rest of his life.