Ratcliffe college CCF went to Swynnerton for the first major camp of the academic year. Upon arrival the cadets were greeted by a large unexpected police presence. This meant that training plans had to be altered and locations changed. The seniors took the cadets to their harbour area and taught them how to set up a basher, this would be where they slept and stored their kit, whilst the staff set up HQ. FLT Lt Grant took the new recruits and gave a lesson on basic field craft including the cooking and eating of ration packs. Whilst the seniors split the year 10s and 11s into two groups; one revising the marksman principles and shooting positions, the other learning hand signals, patrolling skills and the fighting withdrawal. They then combined their revised skills and conducted a stalking exercise with the new laser tag rifles. 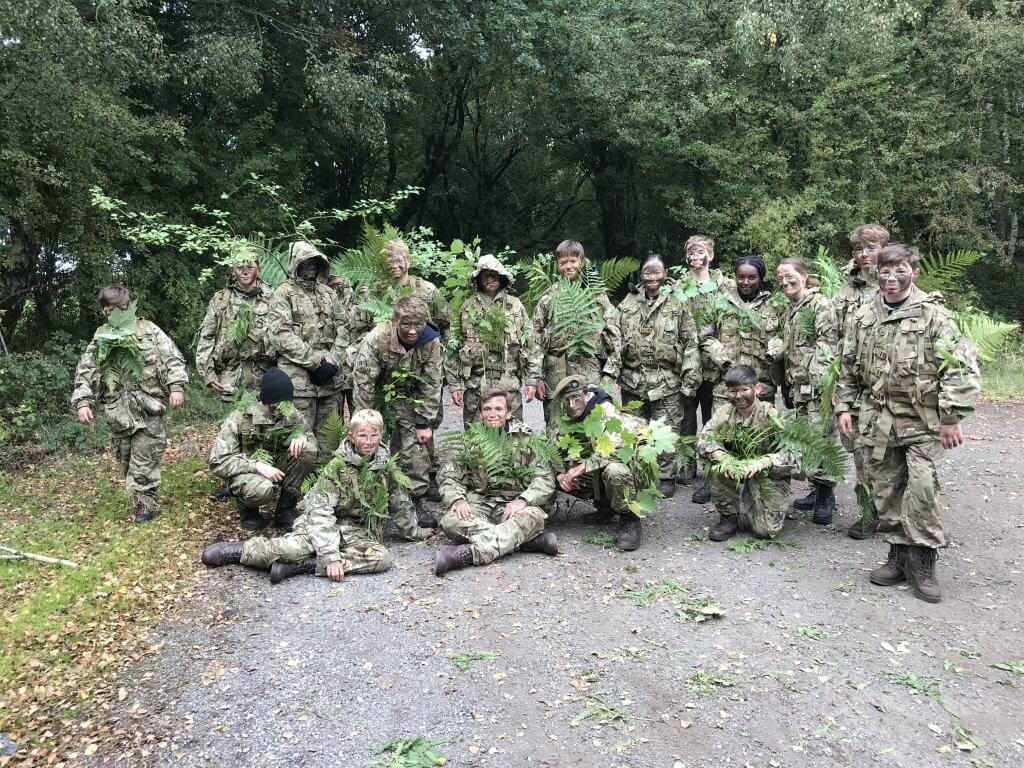 The cadets then went to the cook house for their evening meal eagerly awaiting the famous night exercise. The year 11s and senior cadets were firstly briefed as enemy and placed all over the training area with ammo crates containing tags. The rest of the cadets were split into six groups, with the year 10s taking up positions of responsibility as leaders. Their aim was to visit the box take a tag and leave without being seen by the enemy, as well as observing the enemy and retrieving information about military activities taking place. The exercise was a complete success with all of the groups finding at least 5 out of 6 tags and retrieving information on all of the positions. The final thing to do that night was to get a hotdog provided by the staff as a reward for their hard work.

After a long cold night, the cadets were woken up at 6:30 as they had breakfast in the cook house. The new recruits were again with FLT Lt Grant learning more basic field craft like observation, camouflage and concealment leading into a basic stalking exercise, the year 10s were with Cpt Dziemianko and five seniors, they conducted a capture the flag exercise with Ben Jarvis being the winner, pairs fire and manoeuvre with a building clearance, before being lead in a section attack. The rest of the cadets went to the ranges and fired live ammunition on the 25-meter range, with Owen Sommerville being the best shot getting 85/100.

Overall the camp was successful as the new recruits experienced bashering outside for the first time and learnt the basics of field craft, the year 10s developed their leadership being in command (IC) of a section of 5-8 recruits, and the year 11s could further enhance their patrolling skills learning the fighting withdrawal and firing on the ranges. The seniors enjoyed their time being the enemy and helping the staff teach lessons. 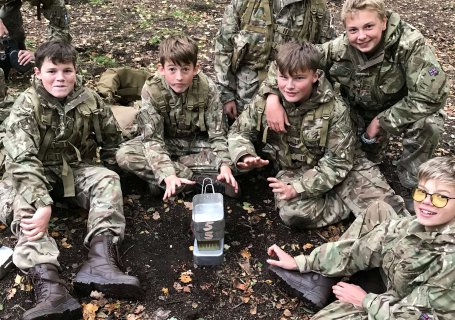 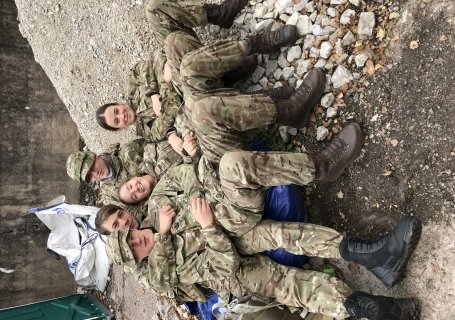