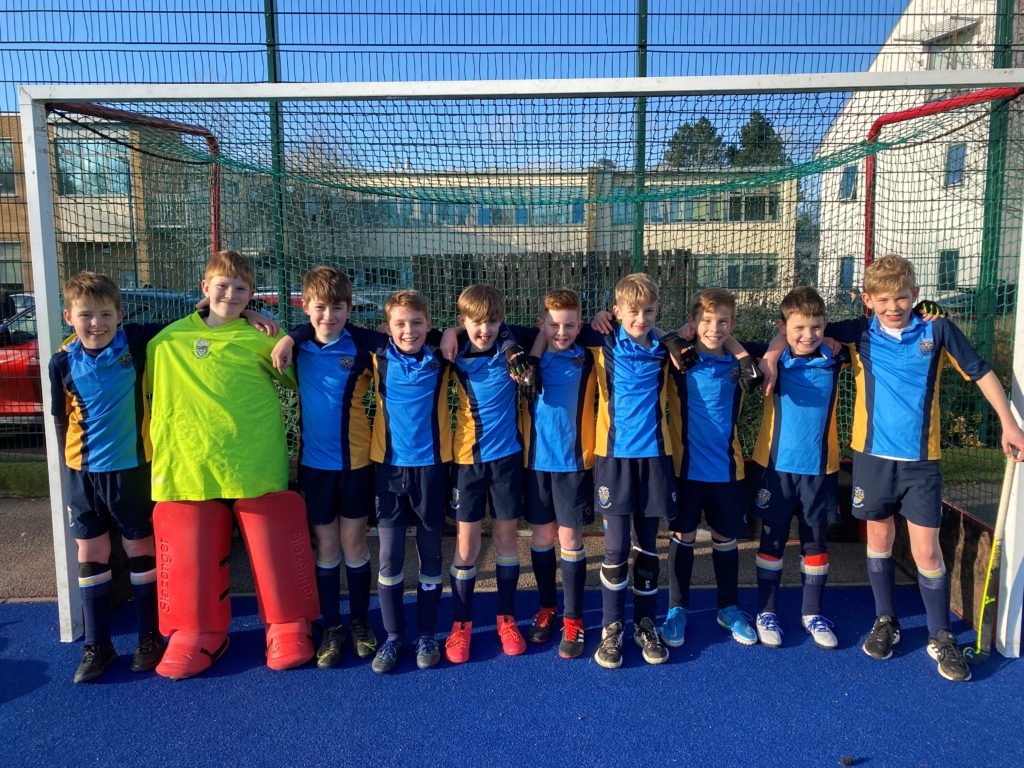 On Wednesday 26th January, our U11 Boys Hockey squad travelled to Loughborough Grammar School to compete in the IAPS U11 Boys Regional Hockey Tournament. Eleven other schools were there to compete for just one place to qualify for the National Finals to be played at Rugby School on Wednesday 2nd March.

The boys had the added incentive that our U11 Girls had already achieved the amazing accolade of being crowned Regional Champions and playing in a National Finals during the Autumn Term.

The first challenge was to qualify out of our group in as high a position as possible.  The boys were focused and ready, flying out of the starting gate with three quickfire wins against hosts Fairfield, 1 -0, The Ryleys Prep School, 2 – 0 and Altrincham Prep, 2 – 0.  After a short break, the boys battled hard against the remaining two schools in their group Bluecoat Birmingham, a 1-1 draw and then against Aysgarth Prep a tightly contested 0 – 0 draw.

This set of results meant that we had qualified top of our group and would play Leicester grammar Junior School in the Quarter finals.  We were now entering the knockout stages where one mistake or piece of bad fortune could see the boys’ dreams dashed.  Nerves were evident in the Quarter Final and the boys struggled to find their rhythm resulting in the game going to sudden death golden goal extra time.  After a quick team talk the boys finally found their Hockey mojo again sealing victory with a rapid goal in the early moments of the extra period.

The Semi-Finals saw the boys play Prep school Hockey Giants Repton Prep.   However, with the boys firmly back in the zone they dominated the game and ran out 2 – 0 winners.  So here we were, one game from the national Finals and being crowned Regional Champions.  Bluecoat Birmingham were our opponents, a team we had already played in the group stages and drawn with, but this time the boys were in no mood to allow Bluecoat to get a foothold in the game.  They once again dominated the Final from start to finish winning 2 – 0 and creating a little bit of Ratcliffe College Prep School History along the way.  This is the first time that the U11 Boys have ever reached the IAPS U11 Boys National Hockey Finals, a truly momentous achievement of which we should be extremely proud.

Huge congratulations to the boys who were all amazing on the day not only playing to a very high standard but supporting each other through the inevitable highs and lows of the day and ultimately achieving their dream, together.