The annual Golf Tour, now in its 12th year, was played in North West Wales along a beautiful stretch of coastline from Harlech around to Abersoch, taking in Porthmadog and Nefyn. For those unfamilar with the College’s annual golf tour, it should always try to meet two criteria: firstly, it should be played over links courses, and secondly, it should mirror (more-or-less) the format of the Ryder Cup.

However, for this year’s tour, player numbers stalled at 9 golfers, so the format morphed into a 3-team competition with The Rest of the World team competing for the first time alongside Europe and USA for the coveted Mir Patel Golf Trophy.

The teams were selected based upon players’ handicaps in an attempt to keep the matches as tight as possible should we all play to our potential. As ever, we ended up with several ‘bandit handicaps’ with several scoring well below their spurious handicaps. The European Captain, Sam Leake (7 handicap) led a team of Will Marsden (22) and Will Pearce (24). Quin Capsticks (18) led team USA with Henry Bower (23) and Mr Reddin (12). Newbies, the Rest of the World team, was led by Ethan Zhang (4), together with Tom Urwin (26) and Mr Michel (18). Following a pleasant journey through Snowdonia, we eventually arrived at Royal St. David’s Golf Club, eager to enjoy this special course and soak up the sunshine.

It was a super first day’s play with the course living up to its reputation as one of the toughest tests around, ranked within the top 50 courses in Britain. In truth, the course was perhaps too tough for most, as the narrow rock hard fairways and thick rough, together with the hot sunshine, made for a challenging links experience. Several golf balls were lost in the ‘cabbage’ but despite these frustrations there were many wonderful shots with Europe enjoying bragging rights leading on 4 points at the end of the day, with the USA on 3 points and RofW on 2 points.

The golf had taken a little longer to complete than anticipated and with just over an hour’s drive to our accommodation in Nefyn, we were in danger of missing our well-earned supper. It transpired that the hotel’s chef had contracted Covid and the kitchens had shut early, so we ventured into Harlech in search of the local Tandoori, which proved an inspirational choice. Despite the rather eclectic décor and the attentions of our ‘charming’ waiter, the food was delicious. We eventually arrived at the hotel just before 10.00pm, ready for bed. 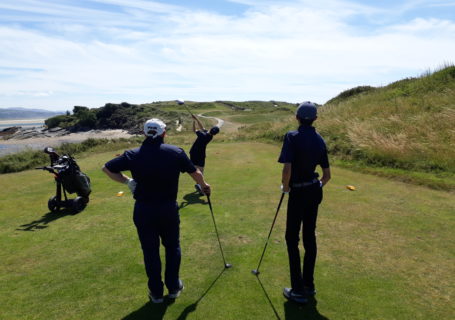 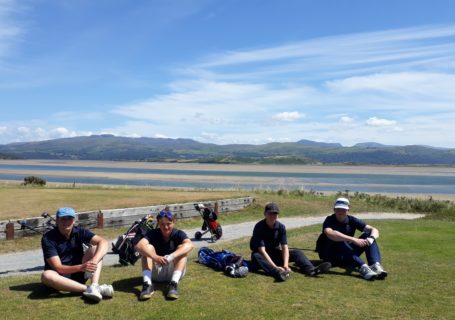 Located just 5 minutes from our accommodation, our second round at Nefyn Golf Club afforded the tourists a much needed lie in, although Sam and Mr Reddin enjoyed an early morning run along the beach before breakfast. Following a ‘full Welsh’ breakfast we drove to the course and enjoyed a couple of hours practice before our second round.

With Europe holding the lead, the USA and RofW teams were keen for the golf to begin. Situated on the spectacular northern coastline of the Llyn Peninsular, Nefyn is a real golfing gem. The weather was hot and sunny but the fairways and greens had a little more give than the previous day. Ethan played quite beautifully to shoot a 3-over gross 74, the low score of the day, which underlined his skill.  The front 9 consists of a series of testing holes that run along the rugged coastline with good line and length needed to reach the greens in regulation. Accuracy is the name of the game here because any stray shots will see your ball end up in the Irish sea! The back nine of the Championship Course is set mainly on the inland section of the course. The fairways may be wide and quite forgiving but there are plenty of bunkers and nearby gorse bushes to catch the odd stray shot. Everyone seemed to score much better on day 2, with Team USA taking 4 points to move into a 1 shot lead over Europe and 2 shots better than the RofW team.

Once we had enjoyed some refreshments, we were all keen on playing some additional holes on the ‘Point’ or the ‘Old Front Nine’, which is one of the most famous golfing landmarks in Wales. Some refer to is as the Welsh ‘Pebble Beach‘ but it is more akin to Ireland’s ‘Old Head of Kinsale‘. The nine holes of narrow fairways and elevated tees and greens run along the narrow peninsula that leads to Porthdinllaen and to the lifeboat station. Combined with the predominant westerly winds, not only is it visually spectacular, but it is truly a test of your golfing ability as well as your nerve. Whilst Mr Michel chatted amiably with a fellow Aussie we met on the 1st tee, the strong left to right wind caused most of us to miss the fairway altogether. Several balls disappeared over the cliff onto the beach and houses below. Playing the Point was a great way to end the day and certainly gave us much to discuss over dinner that evening at the hotel.

With the scores tight, day 3 promised a great deal as we headed off to the very narrow ‘track’ that is Abersoch golf course. Winner of the Welsh ‘Golf Course of the Year, 2018’, and ranked 16th best course in Wales, Abersoch was a great venue. Although only 5622 yards off the yellow tees, the extremely narrow fairways and small greens made this course a great test.

The teams all struggled on day 3 compared to the previous day. It was certianly a course for using irons off the tee and nerves of steel on the greens. Once the dust had settled, Europe and USA had shared the spoils with 3 ½ points each, with RofW winning 2 points. Now that everyone had played one another, USA held a slender lead of 1 point over Europe and 3 ½ points over RofW going into the final round.

And so to the final day and a change to the format. It was agreed that each team would play together for the final round and record the lowest net score on each hole. To ensure that all teams could still win the trophy, 5 points were on offer for the lowest total net score, 3 points for 2nd place and 1 point for 3rd place. Porthmadog was a super venue for our last day and the course, particularly the back 9 did not disapoint, with some truly wonderful holes which hugged the jagged cliffs with elevated tees and blind shots into small greens. The 11th, 12th and 13th holes were jaw-dropping and devilish to play. The wind had got up and made club selection really tricky. The holes close proximity to one another meant that we were able to watch each other tee off and putt. Despite the difficult conditions, most of us played these holes well and Will Pearce’s 5 iron play was quite something to behold, especially on the par 3s. 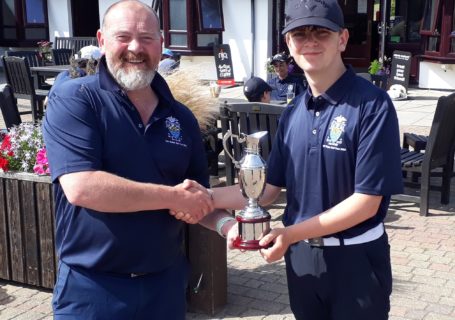 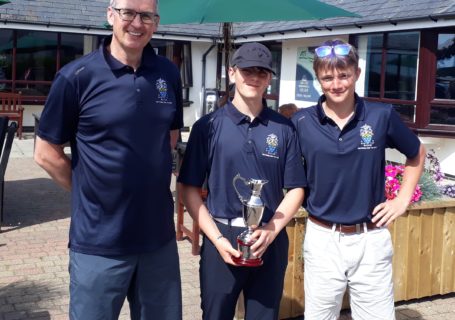 At the end of 4 days play, 9 matches, 30 separate games, hundreds of shots, dozens of golf balls lost, and much laughter, team USA triumphed in emphatic style with 15 ½ points. Congratulations to Quin Capsticks who captained the winning team and all the golfers who made the golf tour such a wonderful experience. North West Wales proved to be an inspired choice this year. Where shall we go next year? Previous tours have ventured to England, Scotland, and Northern Ireland, but we have yet to visit Southern Ireland. Perhaps in July 2023, we shall do just that – Ballybunion Golf Club seems a lovely course, we shall see!

My sincere thanks go to Mr Michel for his companionship over the course of the week and supporting the students in their love of golf. 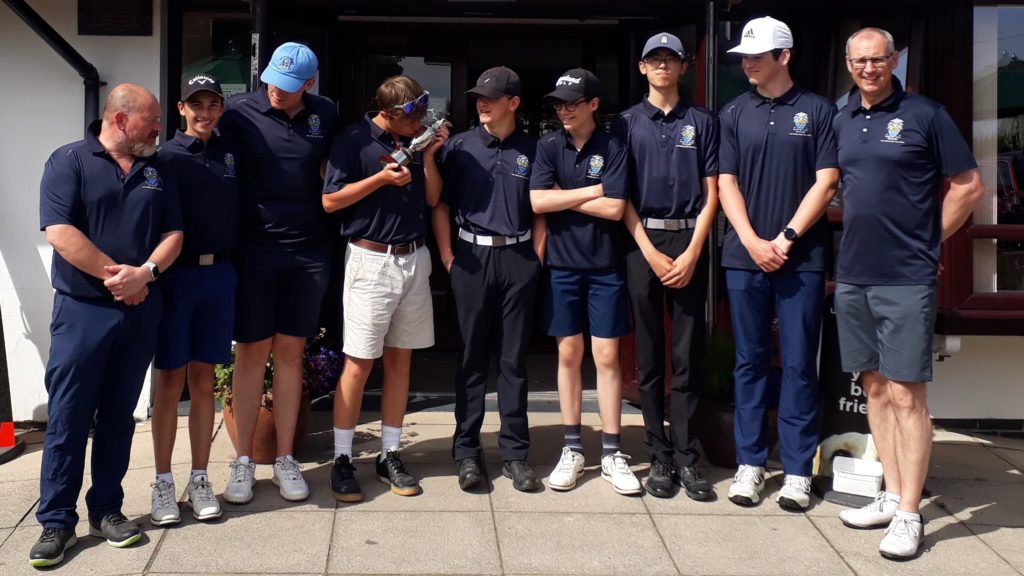 Teams (handicaps listed in brackets together with players’ intitials) 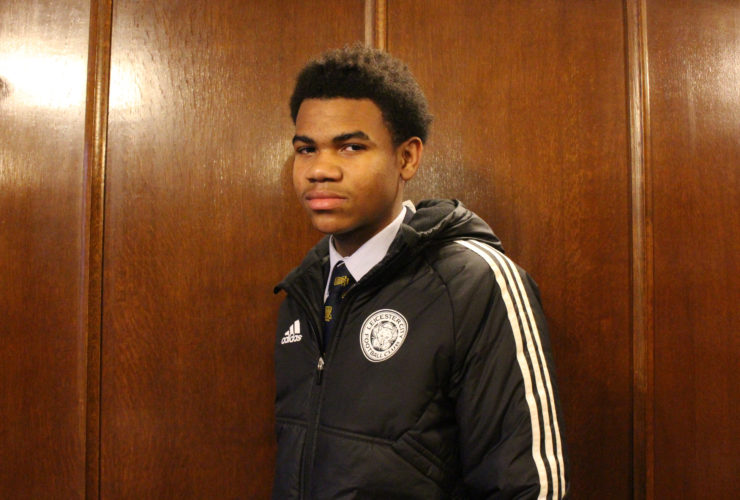 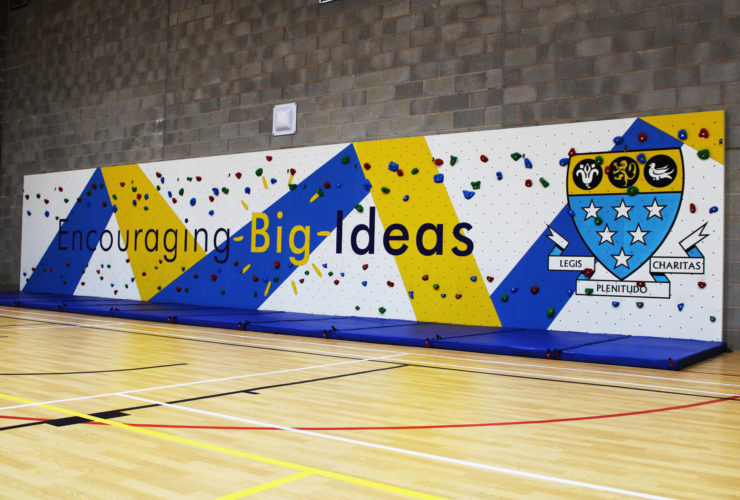