The Media Department, once more, highlighted the achievements of its outstanding young creatives at a glittering celebratory awards ceremony. The wet weather could not dampen the spirits of the nominees or the atmosphere of expectation and congratulation which pervaded the Music Hall and Theatre. After gathering for delightful drinks and canapes provided by the catering department, the guests were shown to the Theatre which, as usual, was decked in all its finery to showcase the video and print work produced by, in the main, Year 11 and Year 13 students, with an additional celebration of the budding talents of our Year 12 students in the Best Newcomer category. The work dominated the room on the gigantic screen, ably supported by the technical expertise of Media Technician, Daniel Smith, and sound and lighting team, David Ricks and Year 12 student Thomas Binnie. 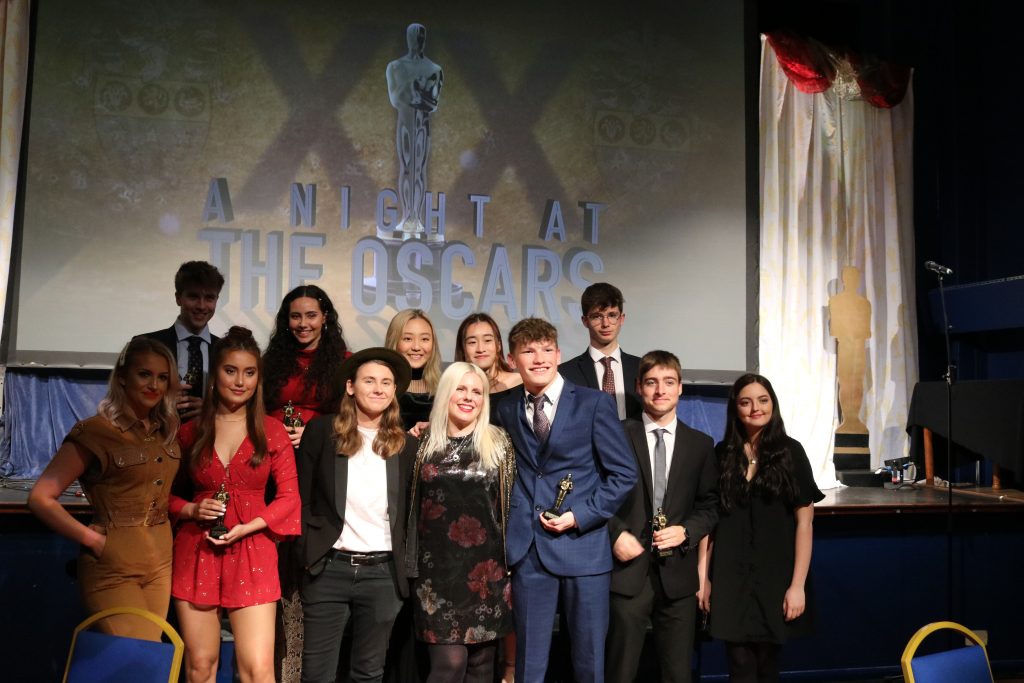 Mrs Bennett with the assembled winners of the 2019 Ratcliffe Oscars awards, and Guest of Honour, singer-songwriter, Hana Brooks.

The big winner of the night was In My Mind, a truly exceptional dance music video produced by Josef Hluchan (Year 13). The quality of Josef’s editing and animation not only earned him the Best Editing award, but also Production Most Likely to Succeed in a Real Media Context. The latter has been borne out by the fact that the quality of Josef’s work has led to him being noticed by UK singer songwriter Hana Brooks, and a professional working relationship forming. We were extremely lucky to have Hana, who is playing at festivals throughout the UK this summer, with us during the evening to present Josef with his final award and to perform a couple of her original songs for the enraptured audience. It is fantastic that Josef is already making such important and lasting professional relationships. Equally impressive was Georgina Pearce’s (Year 13) music video Vivid Dreams which also earned two awards. Her psychedelic cinematography was inspiring and demonstrated her commitment and dedication to her vision.

Other noteworthy performances included Best Music Magazine winner Chloe Sham (Year 11) who was the only person surprised that her fantastically authentic indie magazine Thrash was rewarded, and John Wells (Year 11) who won our inaugural Best Rock Music video award, with his soulful and ambitious interpretation of Oasis’ Wonderwall. To foster such talent in Year 11 proves extremely promising for the transition into A Level.

These are just a few of the stand-out productions and winners of the evening and the full list of champions can be seen below. It is fair to say that the assembled audience were stunned by the quality and sophistication of the work on show, particularly considering the young age of some of the nominees. This sentiment was echoed by our Guest of Honour Hana Brooks, who, herself, is a champion of young peoples’ creativity and was astounded to see the quality of that on show during the evening. This is a ringing endorsement of our students’ talent, drive and creativity, which truly is second to none.

Please visit our Youtube showcase where this year’s video productions will be accessible from September, in accordance with examination guidelines: https://www.youtube.com/user/ratcliffeshowcase 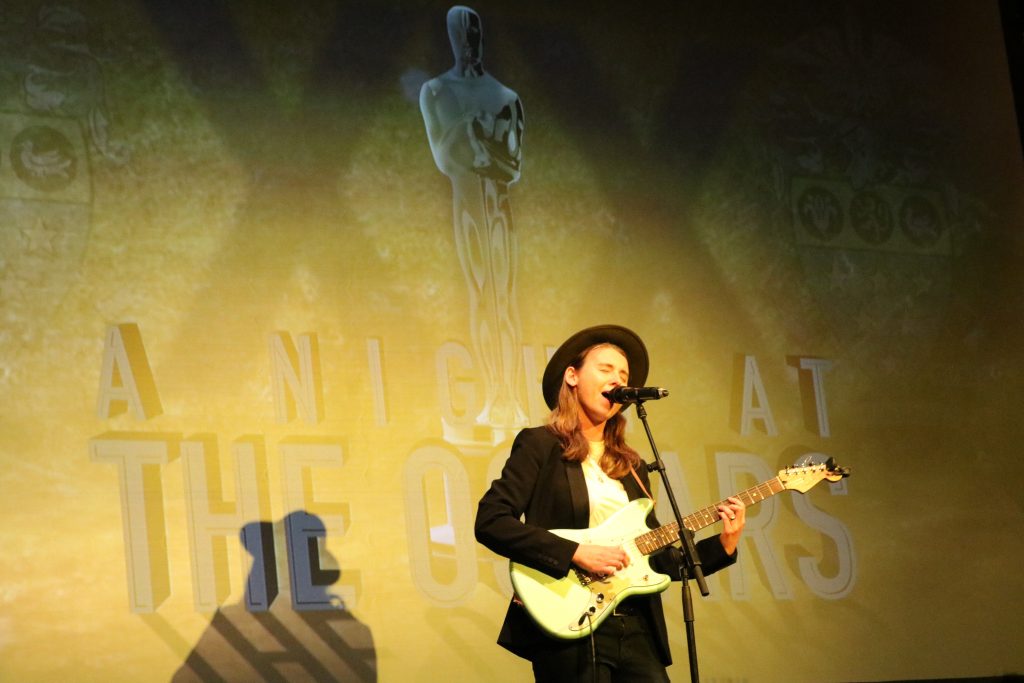