The Catenians Catholic Schools Public Speaking Contest is an annual event which has been running for 12 years and Ratcliffe College were proud to host the event for the first time this year.  This annual event gives students across the region of Province 15 an opportunity to develop their public speaking skills and to compete with students from across the region.  On Sunday 24th March, Ratcliffe College were proud to welcome a number of Catenians and local Bishops as well as contestants and their families. 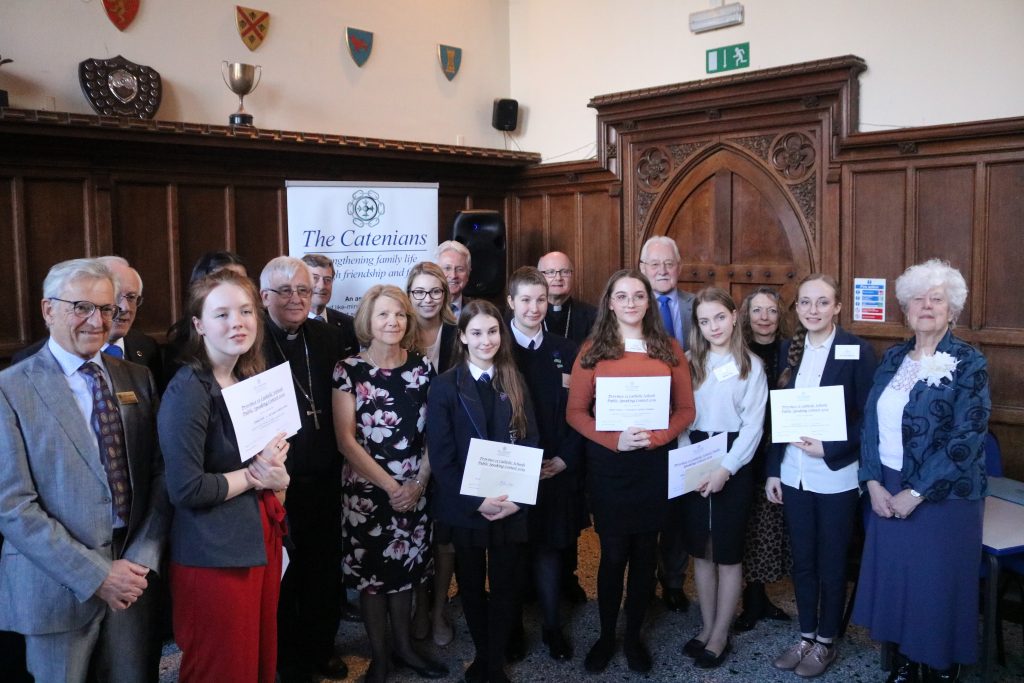 After an initial round of refreshments in the Old Library, guests moved to the Refectory where the competition itself was to take place.  The subjects of the contestants’ talks were varied and broad ranging, and the results were as follows:

First place went to Erin Broadhurst from St Thomas More, Nuneaton, for her talk “Real love is not the stuff of pop songs”.

Second place went to Dalila Watson from Ratcliffe College, with “We are born capable; failure is a choice” (pictured). 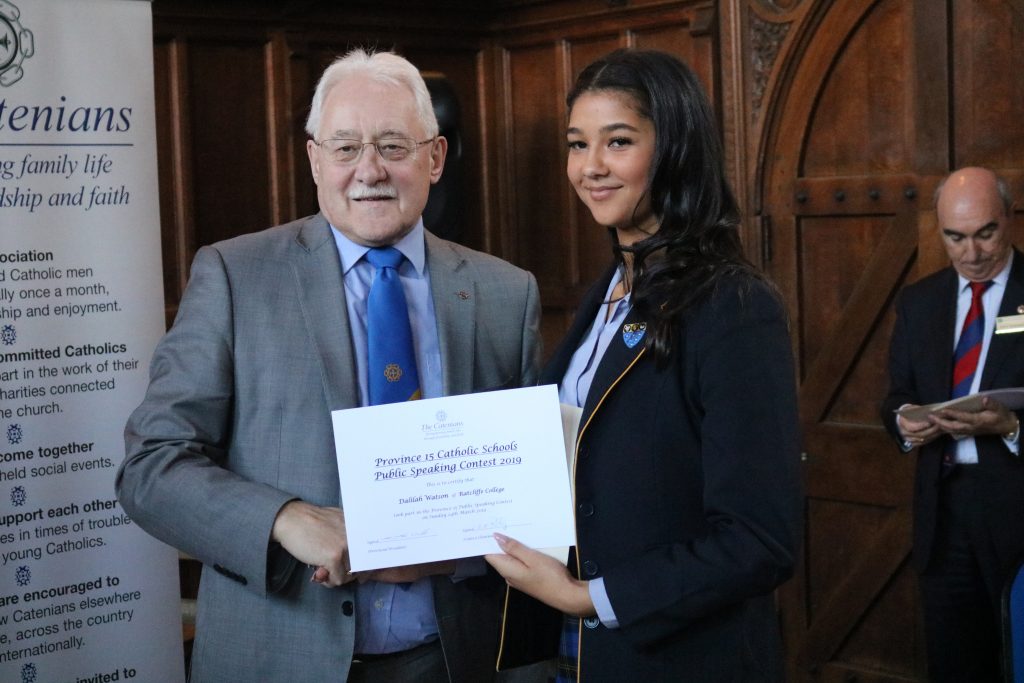 Third place went to Sabina Strug from St John Fisher, Peterborough, for her talk “The idea of peace on earth is naïve”.

They each had to talk for four minutes and, after a half-hour break, the judges gave their notes and verdict whilst guests enjoyed the recently opened Lockhart Garden situated in the Senior School.