Congratulations to Ratcliffe’s King sisters, Indienne and Shaikira, as they have won back-to-back gold medals at the English Schools Championship 2022.

Each sibling attended the championship, with Indienne competing in the Senior Girls 800m Race and Shaikira in the Junior Girls 1500 metres.

Indienne qualified for the 800m final, after sprinting from sixth to third place within the final 30 metres.

After a well-rested sleep, Indienne woke up feeling confident and refreshed ready for the final competition. She began the 800 metres in the inside lane, knowing that she’d have to be fast, competing against other athletes after prime position. Within the first 150m, she darted forward moving her ahead in the race.

With only 120m left to go, the two leading athletes pulled away, Indienne quickly pushed herself forward, with another fellow athlete attempting the same manoeuvre. They were both fighting for the third spot, when they overtook the second placed athlete.

Indienne kicked into gear, with only 10m left until the finish line, pulling away from her chasing athlete, moving her into silver position closing in fast on the leader.

The leading athlete, not yet realising how close her opponent was, raised her arms in celebration, as Indienne passed her competitor sprinting over the finish line, taking the 2022 gold medal. Indienne successfully defended her 2021 title by 300th of a second, becoming the new, and double English Schools 2021 and 2022 champion.

Indienne’s coach, Mr Trevor Painter commented, “She remembered who she was, and the game changed.”. 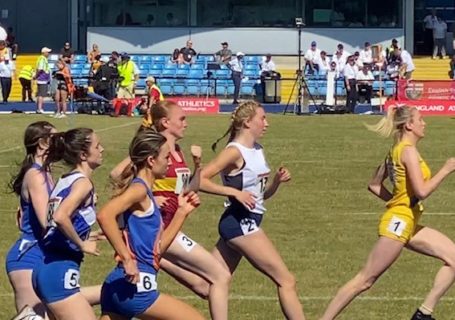 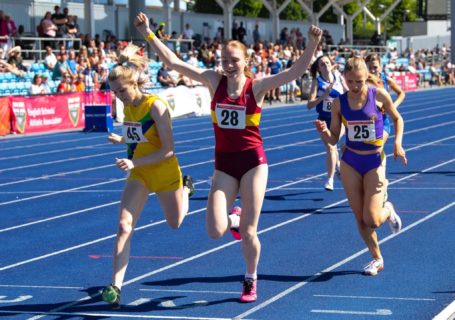 Within 10 minutes of Indienne’s victory, it was Shaikira’s turn to compete in the 1500m race, after qualifying in first place some 50m ahead of her competitors the day before.

Realising that none of her other competitors had ever run under 4 minutes 30 seconds, Shaikira aimed for a 4 minute and 27 seconds pace, she stormed out of the blocks creating an immediate 20m gap round the first bend of the race. Shaikira was ‘on a mission’, knowing that she was competing against fellow England SIAB Cross Country teammates.

By the time Shaikira had finished one lap, she had sprinted through the first 400m in 60 seconds. At 800m Shaikira was running at 2 minutes 16 seconds, faster than most of her opponents own personal best at the individual 800m.

With 200 metres to go, Shaikira pushed towards the final straight with the crowds cheering her on, crossing the finish line with a gap of some 60m, retaining her title for the second year and winning gold.

The clocked stopped at 4 minutes and 26.01 seconds a new personal best for the young athlete. Shaikira’s time was a UK lead, placing her to seventh all-time in the under 15 age group.

Tim King, father of Indienne and Shaikira King, showed his appreciation saying, “Thank you to Mr Stomper and Mr Wilcock for their above and beyond support.”

“Thank you also to the school and their continual support and teamwork, allowing them to train using the athletics track.”. 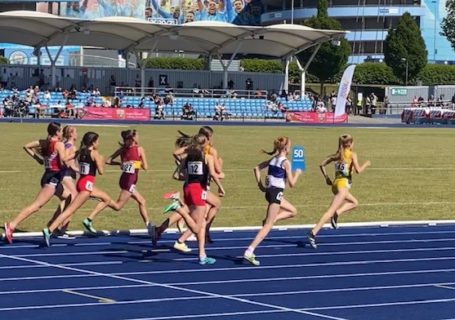 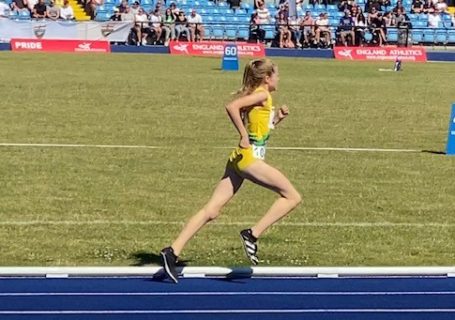 This is a fantastic achievement for both girls, with Indienne completing her final year at Ratcliffe College, where she will continue to pursue her passion for Athletics, at the University of Leicester.