On Thursday 28th February, Ratcliffe attended the annual Rotary Technology Tournament held at Leicester Grammar School.  The competition welcomed 10 schools from across the County, including Uppingham, Oakham and Stamford, and saw over 140 students participating from Key Stages 3, 4 and 5.  Three Ratcliffe teams consisting of four students took part in the unseen challenge, which involved students demonstrating and utilising engineering, technical and design based skills.  The task, to design a pulley driven winch, was set by Rotary and put the participants’ STEM skills to the fore.  It required students to work as a team to plan, design and produce a portfolio and working prototype.

The two teams from Year 7 and 8 participated in the Foundation level Competition.  The Year 7 team, consisting of George Leite, Ethan Zhang, Rebecca Bloor and Frankie Turner, performed admirably, working well as a team to overcome problems.  The Year 8 team, consisting of William Pearce, Alfie Thompson, Zoe Howling and Daisy Reddin,  demonstrated an excellent understanding of the electronic components they were presented with and produced some excellent portfolio pages.

The Year 12 team competed in the Advanced task Competition.  Their task was more complex and had additional competition criteria.  The students produced an innovative prototype, well ahead of their competitors.  It was made to an excellent standard and worked efficiently, completing the set task with ease.  This was noted by the judges which, along with their detailed portfolio, allowed the Year 12 team to walk away with first place!  In addition to an impressive trophy, the Year 12 students have also been offered the opportunity to visit the premises of sponsor company, Hodges and Drake, to see and understand how design applies to the workplace.  The winning team consisted of  Kit Jackson, James Howling, Elliot Kelly and Dominic Baggott. 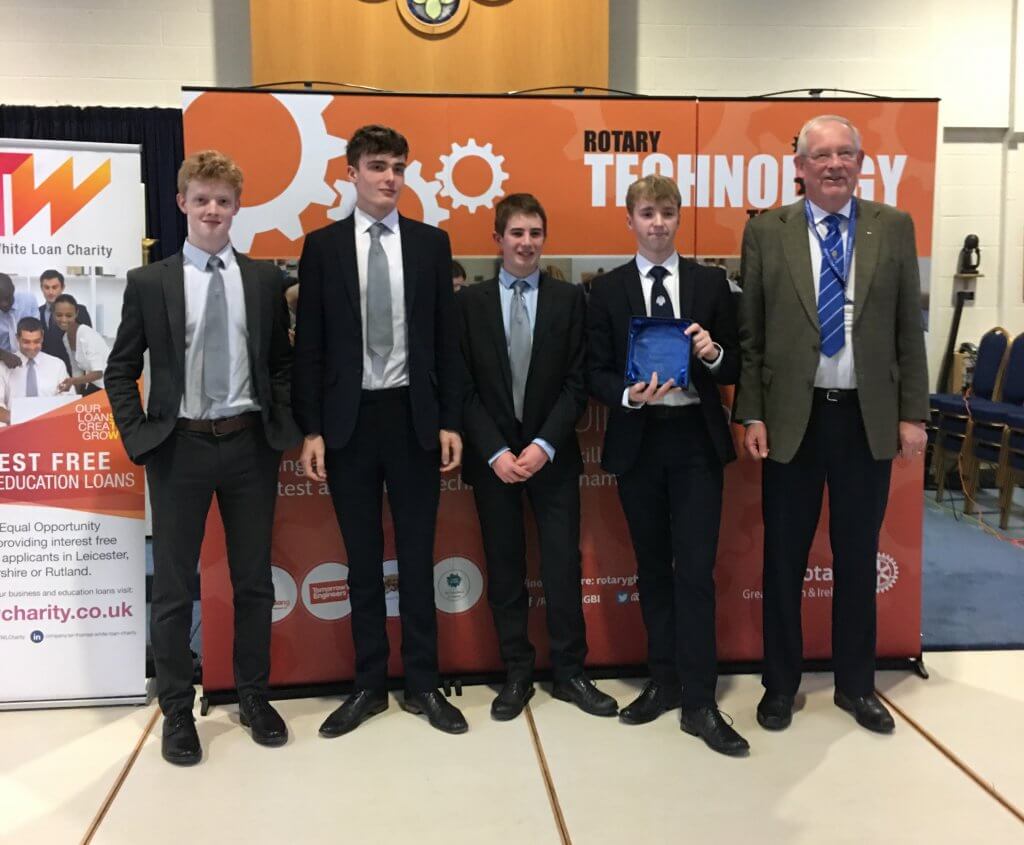 The students rose to the challenge magnificently and enjoyed competing against other local schools.  It was great to see the students working so well in their teams, especially the Year 12 students who thoroughly deserved their victory.