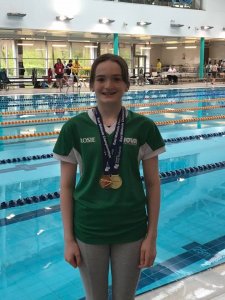 Many congratulations to Rosie Dickerson who had a successful weekend at the East Midlands Regional Swimming Championships.  She won 2 Gold medals, one in 50m Butterfly and one in 100m Backstroke and also a Bronze medal in the 50m Backstroke.

Congratulations to Daisy Reddin, Maddie Whalley, Sophie Shield and Amelia Haggia. Representing Leicestershire U13 County hockey team they came second in the county tournament against Nottingham, Northampton, Staffordshire and Worcester.  Congratulations to them for their excellent achievement. 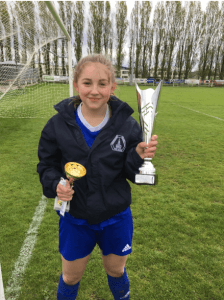 On Sunday the 29th April Amy Mason (year 9) played for the Loughborough Foxes U15 girls football team in the Leicester City and County Girls Football League (LC&CGFL) U15s League Cup Final against Rugby Town. The dominant Foxes open the scoring in the second minute with a well struck penalty followed by a further five goals in the first half eventually winning 7 – 2. Amy played her part with robust defending and strong runs from her position in the heart of the defence. Afterwards the manager highlighted the excellent teamwork as the key to achieving the highest of standards. Presenting the trophies the LG&CGFL Chairman praised the quality of play as the best he had ever seen at this level!

The Foxes have also been invited to represent Leicestershire in this years Pitchero ACES Nationals competition for leading local clubs from across England.

It was a busy weekend for the equestrian team who were competing in the NSEA County Championship with over 100 competitors in each class. Ratcliffe were entered as the Leicestershire county champions, representing Leicestershire in the 80cm team section (Frankie Turner, Fred Daynes, Georgie Daynes and Annie Bridgewood) (competing on Saturday) and a 90cm team (Frankie Turner, Annie Bridgwood, Brooke England and Jade England), 90cm individual (Jade England) and 1m individual (Jade England) (competing on Sunday).

The championship courses were huge, with two rounds for each class, and the second round timed for speed. The courses were the biggest some of our riders have ever jumped, so our younger riders especially were really brave. Our teams were not placed, but every rider had at least one clear across their classes, which is a fantastic achievement at the championships.

The jump off sections for the individual section were fast and furious, but Jade had a great day, and had individual placings in both her classes, finishing 7th in the 90cm and 4th in the 1m.  Thank you to the parents and pupils who have worked hard towards this, and were positive and supportive throughout, even when things didn’t quite go to plan. 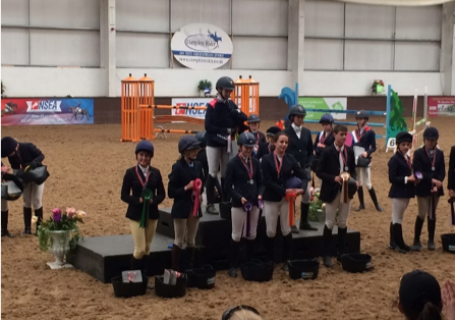 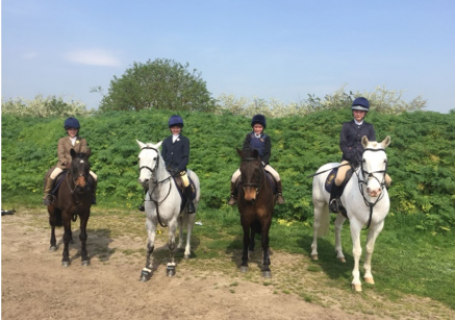 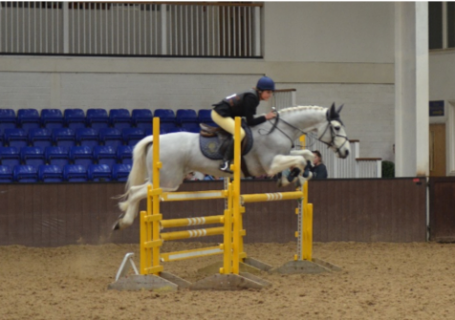 The only cricket match to survive the weather this week was the 1st XI vs the MCC who arrived with a very strong side featuring a number of professional players and one international. The MCC declared on 240 for 4 and, despite a solid start, Ratcliffe struggled when the spinners came on after tea, succumbing to a rather heavy defeat.

The Under 13 boys’ tennis team began their season with a tough match against a typically strong Leicester Grammar side. George Binnie and Sam Davies both won their singles and their doubles. Unfortunately, we lost the other two, so the match finished at 3 – 3, so a first to 10 tie break was played. Sadly, with the match poised at 9 – 9, we lost the next two points, thus losing the match overall. Congratulations to the whole team in a match that could have gone either way.

The boys U13 hockey team competed in the Midlands finals of the In2 hockey tournament last Tuesday. Whilst competitive in all of their matches the boys were never at their best, and 1 win, 2 draws and 3 defeats was not good enough to see them into the semi-finals. Goalkeeper Jaidev Nanuwa was outstanding in every game.