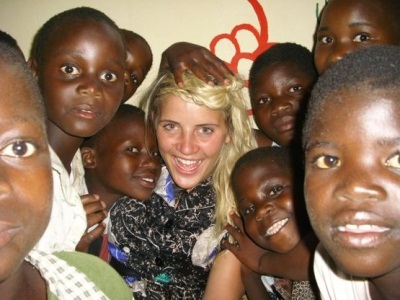 Founder of the Tilinanu Orphanage, Malawi

After leaving Ratcliffe in 2007, Alice set out for Lilongwe, Malawi on her GAP year, initially on a five-month teaching placement.

While teaching, Alice and a friend also got involved with a local ‘porridge fund’, a program set up by the government in Malawi to provide food to communities on the verge of starvation.

It wasn’t long before Alice returned to Lilongwe, having raised £1,200 back at home to build a toilet block for a school in one of the local villages, Tilinanu.

The building only consisted of three walls and foundations, as the family who owned it had no money to complete the building.  They were, keen to donate it for the benefit of the villagers, particularly the local children.  Alice started fundraising, through events and social networking sites, with a view to converting the building into an orphanage.  Throughout this time, Alice’s family were right behind her.

The orphanage was opened on 29th August 2009, providing what Alice describes as ‘a stable base, home and centre for children in the village.’

To support Alice and to read more about the project, visit www.lovetilinanu.org.uk.