Ratcliffe College has never been short of talent and this week we learned that Year 11 student Fin Back has agreed a long-term contract with Nottingham Forest Football Club. He will begin the scholarship programme on 1st July after his summer examinations, followed by a three-year professional contract which will commence approximately three months later on his 17th birthday in September.

Fin’s parents, Alison and Neil Back commented: “Thanks to the staff at Ratcliffe College, who have supported Fin since the age of three, helping him achieve his dream. His efforts now are still very much steered towards his upcoming GCSEs where we’re sure he will do us all and himself proud.” 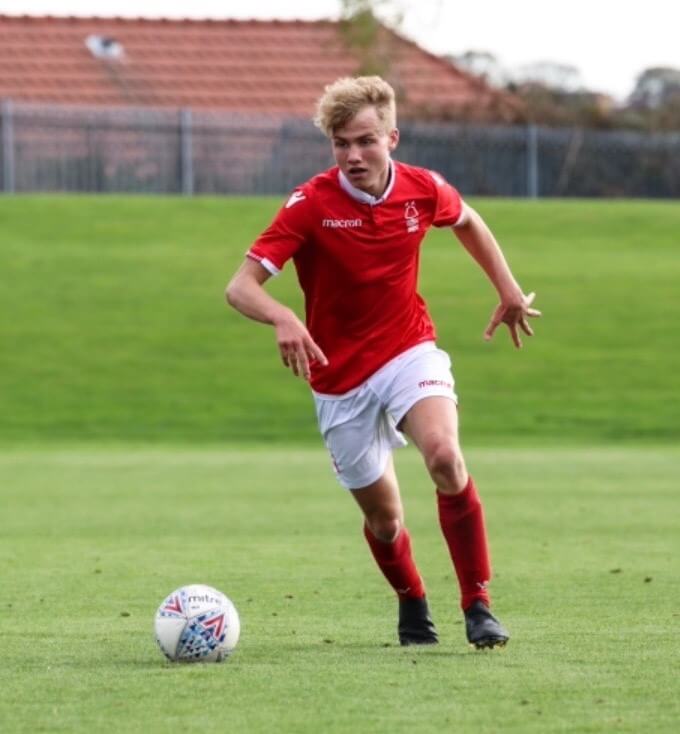 Fin comes from a family with a very strong sporting background, his father, Neil Back is a former international rugby union footballer for England and the British and Irish Lions. He also played for Nottingham RFC, Leicester Tigers, and captained both England and Leicester during his career. Fin’s older sister Olivia played for England Hockey’s U16’s and U18’s, then moving on from Ratcliffe College last year, to play for The University of Nottingham hockey squad.

Ratcliffe is renowned for its outstanding Sports offer, with a number of students going on to compete at National level. Following recent investment in brand new facilities, including a new state-of-the-art Fitness Suite and second Sports Hall, it’s no wonder the rich experience is reflected in the high standards of performance.

Amanda Stafford, Director of Sport at Ratcliffe College said:
“Fin has done extremely well to secure his football scholarship and three-year professional contract at such a young age. We are so proud of him and his achievements, we wish him well and look forward to seeing him on Match of the Day soon!”

Click here to find out more about sport at Ratcliffe College

Or better still, come to have a look for yourself at our Open Morning on Saturday 9th March from 9:30 – 12 noon.