The 1st team lost their final match of the season 2 – 0, although they had plenty of play in the game. Unfortunately, they conceded a couple of early goals and were always chasing the game. In the second half the girls passed the ball well and created a number of entries into the D, but they couldn’t find a way past Worksop’s goalkeeper or defenders. Players of the Match were Nicole Spencer and Amy Baxter.

The 2nd team drew 0 – 0 against Worksop. The girls worked extremely hard in a very even game to find the winning goal, unfortunately the final touch just wasn’t there. The girls have had an excellent season and should be very proud for their efforts. Players of the Match were Holly Vinall and Sarah Astill.

The 3rd XI won their last game of the season 6 – 0 against Welbeck. The girls went out strong and within the first minute found a gap in the Welbeck defence allowing Emma Turner to score the first goal of the game. Ratcliffe pressed the opposition well which lead to them winning the ball and breaking quickly resulting in a second goal from Captain Ellie Hollinshead. Wellbeck then had some good attacking play down the pitch which was intercepted and led to Emma scoring her second. The girls made some incredible passes around the pitch to get the ball to Ellie who also scored her second goal and the fourth for Ratcliffe. The girls continued to work hard and were rewarded when Dalila scored the fifth goal.  In the second half, Emma scored again to complete her hat-trick. The full-time score finished 6 – 0. Coaches Player of the Match was the whole team. 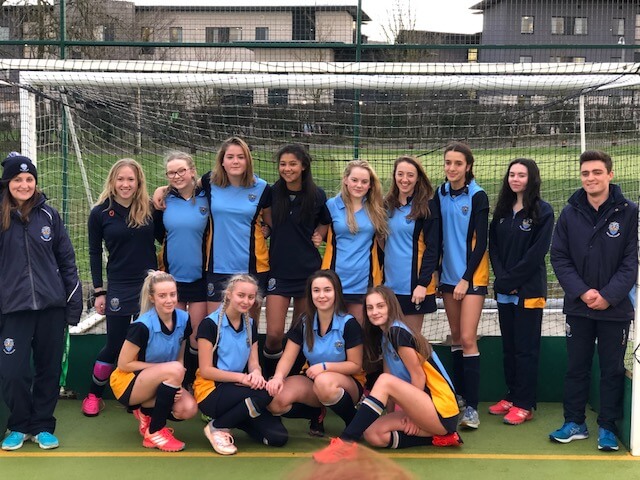 The U15 team unfortunately lost their last game of the season 1 – 0.  The girls played some excellent hockey and were unfortunate to concede at the end of the first half.  We created a number of chances, but couldn’t quite find the back of the net. The girls should be proud of their performance and their brilliant season. Players’ Player of the Match was Elise Atkinson and Coaches’ Player was Amelia Chapman. 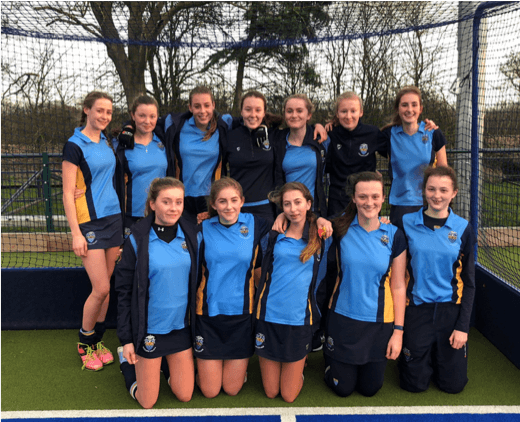 The final match of the season saw the U14A team take a 1 – 1 draw against Worksop College. The girls gave a great team performance demonstrating some excellent attacking and defensive play going in to the half 1 – 1. The second half again showed determination and defending to ensure Worksop were unable to score. A good end to the season. Player of the Match went to Holly Clark-Pratt and Coaches’ Player was Frances Daly for her excellent work rate and determination throughout.

For the third round of the ISHC National Cup the U13As had a long journey down to Ipswich School, where the girls won on penalties after the game ended 1 – 1. Ratcliffe went ahead in the first two minutes after a short corner strike from Sophie Shield was deflected in by Zoe Howling. After some outstanding saves by Jessie Bardsley, Ipswich managed to even the score towards the end of the first half to make it 1 – 1. The goalless second half was very even, with both teams having chances to score, taking it to penalties. Thanks to some great flicks and more excellent saves by Jessie, the girls won the flicks 2 – 1. Special mention goes to Georgie Daynes and Maddie Whalley, but Player of the Match must go to Jessie Bardsley. Well done girls, onto the Quarter Finals!

The 13B hockey team played Worksop for their final game of the season. Despite the bad weather the girls had a great attitude towards the game and worked very well as a team, powering on through, h to end in a 9 – 0 win. The girls showed some excellent attacking play in the D to create such a great result. The team showed maximum effort throughout the duration of the game. Players’ Player was awarded to Katherine McCrindell for her strong work in defence. Coaches’ Player was awarded to Millie Woan for her hard work in attack and composure on the ball. Congratulations to all of the girls who have played this season. Well done girls!

The U12A team finished off their season with a 6 – 2 victory against Worksop. Annabelle Hull and Olivia Monkhouse scored two each in the first half, along with Sophie Bardsley. In the second half the rain started to pour and conditions were tough. Worksop scored two well worked goals, however, our girls powered through and Annabelle Hull put one more away. Player of the Match was Annabelle Hull.

On Thursday the Under 13A netball team made it through to the final of the Team Leicestershire Competition against Loughborough High School. The girls had a great attitude and worked very well as a team, creating many opportunities for a turnover throughout the court. Though unfortunately couldn’t quite take their chances. Congratulations to all of the girls who have played throughout the Team Leicester Competition, to get to the final was a huge achievement in its self.

The U12 team lost 15 – 5 in the Team Leicestershire final against Catmose College. In the first half, the girls fought hard with some fantastic interceptions from Isabella Westwood. Rebecca Bloor was unlucky not to covert the opportunities she had in the circle, and the first half ended 7 –1 down. In the second half, Millie Lake turned over possession numerous times, however, the girls were up against tough opposition. Well done to the girls for reaching the final, Player of the Match was Isabella Westwood.

The 1st XV finished their season with a convincing 45 – 7 win over Lawrence Sheriff. The game start evenly, but the Ratcliffe started to pull away with some great rugby played. Man of the Match Alex Purcell scored a hat-trick in his final game for the College. Other scorers on the day were Luke Chilton (2), Toby Snell and James Burns, with five conversations from George Morgan Jones and one from special guest kicker Louis Massarella.

The 2nd XV had a strong end to the season with a 40 – 12 win over Lawrence Sheriff, which included five different try scorers. There were excellent performances all over the pitch from Ratcliffe. The stand out Men of the Match were Stanley Chell and Tom Page for controlling the backs and Jamie Gilbertson and Harry Cusack for their work in the forwards. It was a fitting way to end what has been a very positive season.

The U15s sadly closed their season with a loss. In a day where they could not get anything going, a huge error count scuppered their chances. Sam Moss was Man of the Match for a committed display in a 34 – 0 loss.

On Tuesday, The U14s beat Lutterworth High School 38 – 10 in the quarter finals of the County Cup. Ratcliffe started strongly going a try up in the first two minutes through David Seidu but the opposition came well and the first half was an evenly contested affair with Ratcliffe leading 12 – 10 at the half. Dan Bailey was the other Ratcliffe first half try scorer. Ratcliffe played much better in the second half, stretching away with excellent individual tries from Cameron Mulvihill and Phelton Tandoh. Further tries through Joe Atkinson and David Seidu’s second led to a final score of 38 – 10 to Ratcliffe with Cameron converting four of the six tries. Ezra Starley was Man of the Match for working tirelessly all game.

The U13 boys’ basketball team played two games this week in the Leicestershire county cup competition.  In the first game they played against Martin High School and came out 18 – 0 winners, dominating the game from start to finish with a fantastic team effort by all. Special mention goes to Sebastian Welch for scoring 10pts.

The second game they played was against a very strong (and tall!) Cedars Academy team and we really struggled to get to the basket despite some good play from Monashe Manlengwa and again from Sebastian Welch who scored a great 3point shot from the wing. Final score was 13 – 3 to Cedars. Much learnt from both games and lots to work on in training but if the team stick together and work hard they should do well in up and coming games.