William Lockhart was one of the most influential products of the Second Spring, the term used to describe the result of the return of Roman Catholics into public life in Britain in the nineteenth century after the repeal of practically all the Penal Legislation that had followed the Reformation.

On graduating from Exeter College, Oxford, he joined Newman’s small band of followers at Littlemore in 1842; he was both a High Church Anglican and a Tractarian. However, already drawn to Catholicism when at university, he was received by Fr Luigi Gentili at St Mary’s, Loughborough, which had recently been given to the Rosminians in 1841. He joined the Order in 1843 and made his novitiate in part in Loughborough and in part at Ratcliffe when it was moved there.

Lockhart’s case was the most notable result of the meeting of Anglo-Catholicism and the enthusiasm of the early missionaries that Rosmini had sent to England within seven years of founding his Order in 1835. His conversion was the direct cause of Blessed John Newman’s famous sermon, The parting of friends; the latter became a Catholic soon afterwards. Lockhart was one of the most powerful figures in the Church in Britain in the second half of the nineteenth century. In common with much of the Anglo Catholic tradition in the Anglican Church, he was at his happiest when working amongst the poor. He founded two London parishes, Kingsland and then, in 1874, St Etheldreda’s, Ely Place, which is still run by the Order. Today it is difficult to imagine that this was then one of the most wretched, poverty-stricken areas of the Capital; now it is among the very richest. 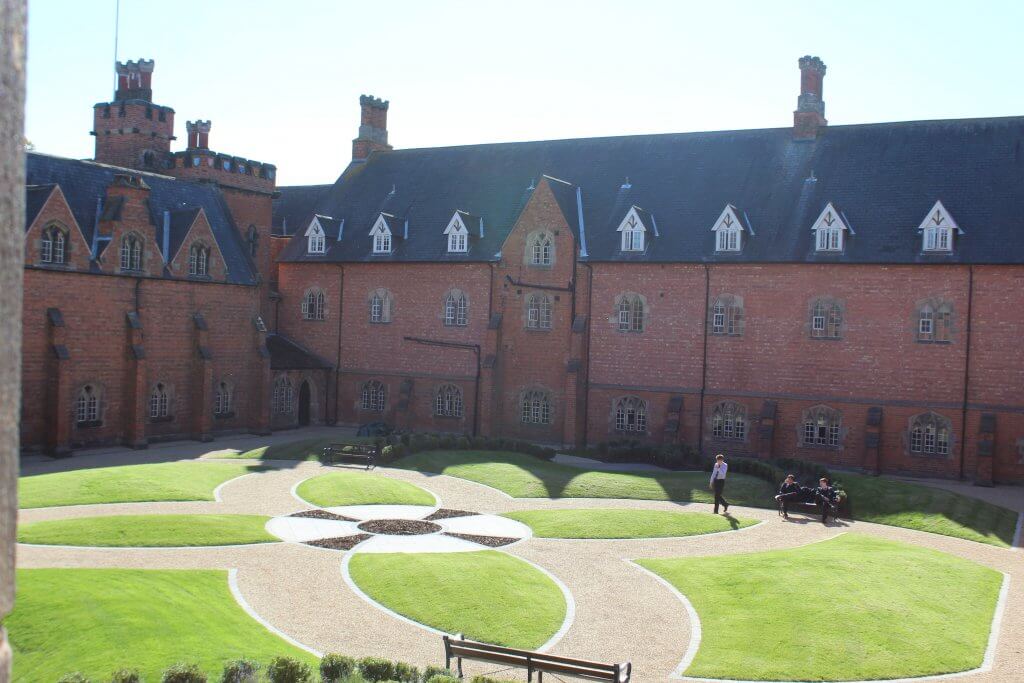 Lockhart was one of the most notable Catholic writers of his time, editing periodicals, providing articles for many more, producing academic works and engaging in the controversies of the time. He was an important advisor to Fr General and in the early 1880s was the Order’s representative in Rome at a delicate time in its history, as Rosmini’s writings came under ever-increasing scrutiny by the Holy See. However, he would consider that his most important work was as a preacher and pastor and he was in wide demand for Missions throughout the British Isles. When he died in London in 1892, still in harness, he was brought here to be buried beside his mother.

Although he spent some time at Ratcliffe, it was only a matter of months. Yet he can, in many ways, be regarded as the founder of the College. Through his mother, a vast sum of money; the figure quoted varies between £20,000 and £40,000 and was given to help in transforming the novitiate here into a College (in 1847). To give some idea of what this meant to the school’s fortunes, the annual (boarding) fees were just over £100, a figure that remained more or less unchanged until the end of the First World War seventy years later. Without it all the transformations of the buildings that took place from 1846 to about 1870 could not have happened.

When the modern house system was first established some seventy years or so ago, Lockhart was one of the original houses. Leetham was added in the early sixties but it was decided to ‘drop’ a house in the early seventies: Lockhart was out. Since then there has been practically no recognition in the College of the vital – indeed essential – contribution of William Lockhart and his mother in its survival and development. Thus the garden is located in the centre of buildings that would not have existed without his contribution. And it is not the first time that ‘the square’ was a garden; when Lockhart first visited much of it formed part of the Community’s kitchen garden.